In one year, San Diego Poke Co. has grown from a farmers market favorite to an established eatery featuring a selection of San Diego’s best poke – a traditional Hawaiian dish commonly made with raw ahi tuna and flavored with sea salt, soy sauce, seaweed, sesame oil and other ingredients.

San Diego Poke Co.’s first brick and mortar location, opening May 2016 at the east end of Mission Valley, will feature a casually designed 900-square foot space with glossy gray concrete floors, bright white walls and black and red accents. Guests order custom-created poke dishes ranging around $10 to $12 and featuring choices in seafood (tuna, spicy tuna, salmon, albacore and more), bases (variations of rice, salad, wraps and more), toppings, and sauces – including a house truffle soy sauce and umami sauce to debut upon opening. San Diego Poke Co. will collaborate within the community to offer seasonally-changing desserts, and fans should keep an eye out for authentic mochi ice cream flown in via overnight shipping from Hawaii.

Across the “mainland,” poke has found itself trending in recent years. Locally, San Diegans can shop various farmers markets and niche neighborhood eateries – yet poke remains more evident in fashion-forward Los Angeles, where restaurants dedicated to the dish have experienced great success. With the opening of San Diego Poke Co., the poke trend continues to migrate down the coastline to join San Diego’s growing dining scene. San Diego Poke Company stands as the First Build Your Own Poke Restaurant in San Diego, and the First in the West Coast to introduce the Poke Burger.

June 17, 2017, San Diego Poke Company opens a second enhanced location at 3533 Adams Avenue in Normal Heights. The New Adams Avenue store is larger, coming in at 1,450-square-feet, with a modern design. The new location on top of our signature build your own poke bowls, salads, and tacos will now have an extended menu which features four of its top selling poke bowls, including Off the Hook with spicy tuna, serrano peppers and chili flakes available as wraps. 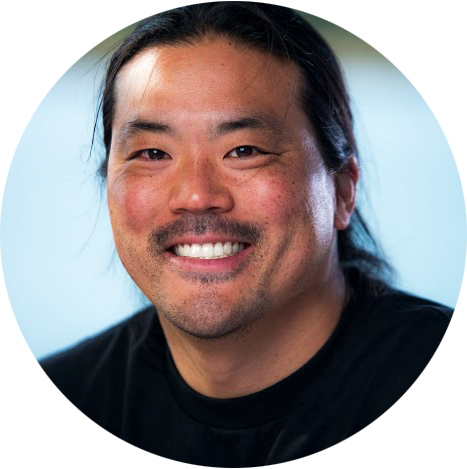 Born and raised in Torrance, a city within Los Angeles’ South Bay, San Diego Poke Co. owner Yohei Umezu ( “Yo-hay Oo-may-zu”) discovered poke after a childhood of Japanese seafood. Family from Hawaii introduced him to the island-style dish, and he became intent of exploring and sharing poke’s unique fusion of flavors.

From running paper routes at the age of eleven to working as a waiter and in customer service positions, Yohei’s early years instilled in him a hard work ethic and the desire to get more from life. He always enjoyed cooking, dabbling with new recipes and testing new ingredients, but for many years he did not realize he was talented enough to make his recipes for others. Once he began feeding his friends, he recognized that people enjoyed his dishes and he became drawn to the joy of creating something others could appreciate.

San Diego Poke Co. is Yohei’s first and only business. Future goals include being a positive contributor to the community and bringing guests happiness through poke via future additional locations. Yohei believes that “business is like a man rowing a boat upstream. He has no choice; he must go ahead or he will go back.” (-Lewis E. Pierson)

Yohei spends most of his time in San Diego, though he visits Los Angeles regularly to see family and explore its food scene. He volunteers at his local shelter and church to help feed those in need, and is developing plans to work with organizations that support active and retired military personnel. 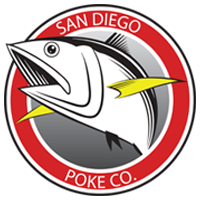 Let Us Cater to you!